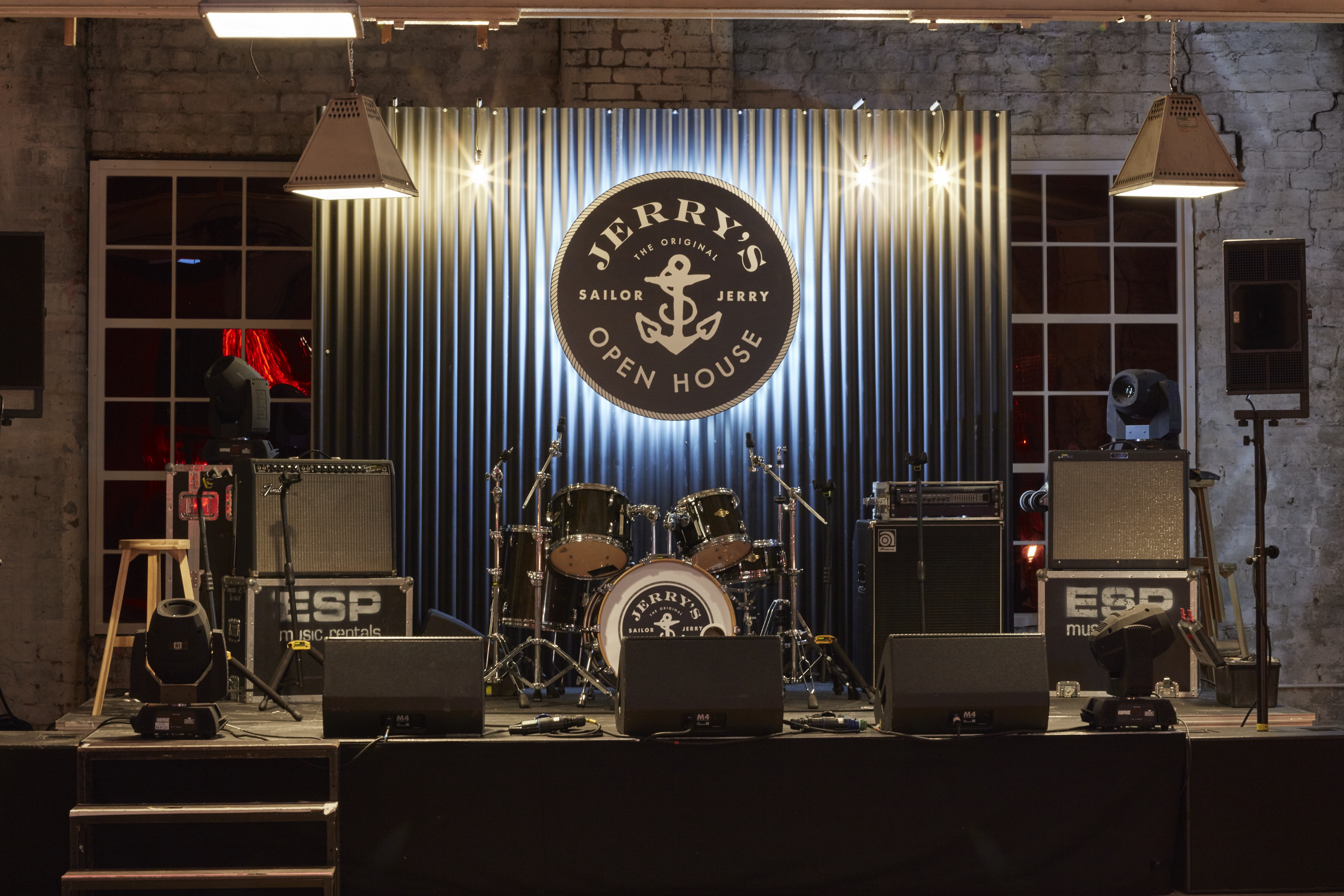 Sailor Jerry is known and loved by many across the world. From the rum drinkers to the tattoo fans, and everyone in the middle, Norman ‘Sailor Jerry’ Collins has brought art, music and some serious style to the masses.

That’s why everyone is living for Jerry’s Open House pop-up landing in the city that never sleeps, Glasgow. The housewarming of all housewarmings took place last Wednesday (15 February), which saw Sailor Jerry and crew going live. ’Aint no house party unless the rum is flowing, the signs are neon and the music is blasting.

A month-long pop-up, Jerry’s Open House is serving a cocktail of special guests, art, poetry and some serious competitions. Kicking things off will be punk rock juggernaut, Frank Carter who is set to show a side of him people rarely get to see tomorrow night (21 February).

Frank Carter will be blasting into Sailor Jerry’s warehouse base for an intimate Q&A session with fans before the face behind Gallows, Pure Love and now Frank Carter and the Rattlesnakes, strips it back for an acoustic performance like no other.

After what is sure to be a stellar performance it’s time for local artists to show what they’ve got. The walls of Jerry’s Open House are needing a breath of fresh air, are you the artist best placed to have their work hanging on the wall? Time to prove it.

Back 2 Back is calling on Glasgow’s artistic talent to submit a design, in your chosen medium as long at ties in with Sailor Jerry’s American traditional style. Five entrants will be shortlisted and winner will be announced next Monday (26 February). The winning artist will have their name in lights via a profile piece in Aesthetica Magazine!

If you’re more of a storyteller, share your funny, heartfelt, exhilarating or passionate stories during the open word event. Taking place on Tuesday 6 March, move your campfire tales to the stage at Jerry’s Spark Story telling workshop.

There’s no time to catch your breath if you want to hit the big time. Think you can outperform Frank Carter? Are you the next Dave Grohl? Do you see yourself on the cover of magazines? Enter the Glasgow Unsigned competition for a prize money really can’t buy.

Winners will be in with the chance of playing at Jerry’s Open House, get studio time to record a limited-edition vinyl EP, shooting a music video alongside a personalised photoshoot. Explain, why wouldn’t’ you want to enter? Bands will need to prove their worth to a panel of judges, including Frank Carter, who is sure to know a little about what it takes to be in a successful band, or three.

Don’t have a band? You can still join the fun and rock out to the three short-listed acts at the wrap party on Thursday 15 March.

Worried all these events are going to break the bank? Once again, the Sailor Jerry crew have you covered as all tickets cost a fiver. Yup, only £5 – no excuse not to get involved.

It’s almost too much to handle – you’re going to need a month to recover after this sesh. Never miss a beat over on Sailor Jerry’s social media platforms.

Your guide to starting university life