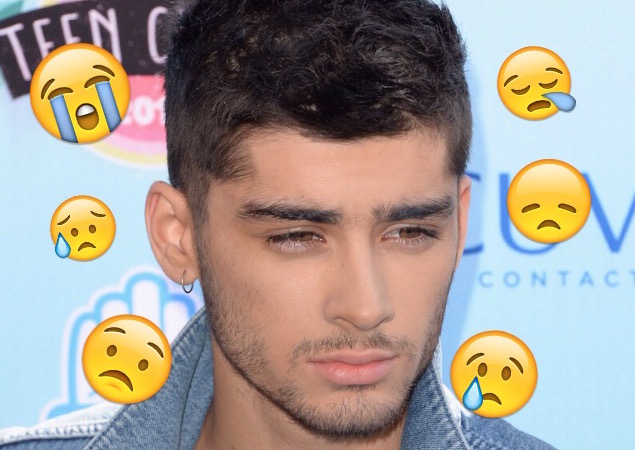 It’s the news that has taken over the whole world in the last 24 hours – Zayn Malik has left One Direction. *insert hysterical crying emoji*

Devastated fans are heartbroken about the news of the heartthrob leaving the band after five years of chart-topping hits, world tours and even a box office smash movie; and whether you’re a fan or not, it seems to be the only thing that anyone has been talking about since the news came out.

Zayn, known for his shy demeanour, angelic voice and good looks, has stated that he just wanted to be ‘a normal 22-year-old’ and live his life in private with his fiancée, Littler Mix singer, Perrie Edwards. This news has stunned fans everywhere, especially since they were just recovering from the news that he left One Direction’s current tour early due to stress.

Many have speculated what will happen to the singer, as it is unsure whether or not he will take a break before returning to the music world or life privately and avoid the spotlight forever.

So this got us thinking. Always helpful, we at Source decided to suggest a few new directions (we’re here all week) that would suit the former boy band supremo.

It’s well known that when working on their albums, all the boys are involved in the process and love to get creative and write some songs. Zayn has been involved in writing many of the songs on all of their four albums, and even more that don’t make the final cut. Becoming a song writer would be a great way for Zayn to share his talent and be involved in the industry without being thrown into the limelight. It worked for Gary Barlow post-Take That.

Zayn has always been open about his passion for art and drawing, and having shared some of his artwork in the past, singing isn’t his only talent. Zayn has said that he loves drawing, especially cartoons, and even has his every own ‘graffiti room’ in his house where he can spray paint the walls to his heart’s content. Could a Zayn Malik exhibition be coming to a gallery near you?

It is hard to deny that Zayn is extremely handsome, with his shiny hair, chiselled jaw and deep brown eyes; so it is always an option for him to put his looks to good use and get paid to be attractive whilst posing. In the past Zayn has also admitted to love posing, especially shirtless – it’s practically meant to be. Go on Zayn. Do it for the fans!

This may be a little difficult seeing as many fan girls who are in school may not be able to stop themselves from jumping on him any chance they get rather than analysing the finer points of Shakespeare. However, Zayn had ambitions of becoming an English teacher before being a contestant on the X Factor. Anyone fancy a bit of iambic pentameter chat with Mr Malik?

Along with English and art, drama was one of Zayn’s favourite subjects in school. Although becoming an actor may not help him live life privately, he loved acting when he was younger, and after a well-deserved break, taking to the stage or a movie set could be fun for the born performer. And without a demanding record deal hanging over him, he could have a bit more control over how he works, when he works and the sort of roles he takes on.