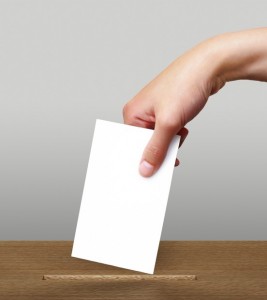 Today’s the day – the General Election is finally here! But, sadly, a lot of young people don’t seem all that bothered.

With the usual hype surrounding this year’s General Election, writer Caitlin Moran tweeted her view that: “By the time of the next election, it won’t really matter what parties newspapers back. All the new, young electorate is going elsewhere.”

Sadly, Ms Moran’s quip carries a strong element of truth to it. Newspapers, filled with story after story of party leaders working their way up and down the country in the hope of creating a positive image prior to the vote today, aren’t capturing the attention of young voters.

For those of you that are put off by politics – namely stuffy politicians – don’t be discouraged and neglect your right to vote because of the countless headlines and columns that can confuse even the most knowledgeable political boffins out there.

The turnout in the 2010 General Election was just 65.1% – that’s not even two thirds of the population. In order for our government to reflect the wishes of the British people, it’s crucial that as many people as possible turn out to vote. Here are the five key reasons as to why crossing a wee box on a sheet of paper is so important…

You have a voice!

You might not feel like you’re very politically-minded, but if you have an opinion on any area in society, this can guide you to make an easier decision on who to vote for. Do you have strong views about the university selection process? Want to see more done to help the environment? Unhappy with the lack of employment opportunities? Find out what the parties’ main policies are and if they match your opinions. Your choice of party today will have an impact on your future.

General Elections only occur once every four to five years

After 10pm tonight – that’s it for the next few years! Don’t look back wishing you’d gone to your local polling station. Take this opportunity to make your voice heard.

It’s hugely hypocritical to speak negatively about a newly-elected government if you didn’t take five minutes to put a mark in a box. You may think you’re simply one voter, but you’re part of the bigger scale of things, especially as a younger member of society.

Voting can actually be fun

Enjoy meeting new people and passionate discussions? At polling stations, you’re likely to meet a few folk standing outside with some brightly coloured rosettes on their clothes. Be brave and ask them what party they’re promoting and why. Chances are, you’ll find out a lot about their desires and what their preferred local candidate wants to do in the local area. This gives you an opportunity to raise your thoughts and ideas about how things could be improved locally, from tackling graffiti and litter to having more police presence.

Voting gets you thinking about what matters most to you. If you’re finding that you’re really connecting with the policies of one party, why not consider joining them and campaigning for what they stand for? This will give you the chance to develop excellent life skills, such as connecting with new people, being persuasive and using your voice to raise awareness of big issues in society that you’d like to see change in. You may even discover that you want to become a local politician!

So if you’re aged 18 or over and you’re registered to vote, what are you waiting for? Get to your polling station now and make your mark on the political process. Who knows? You could change the world in some tiny way.