The Wombats are back to bring us songs about heartbreak, making mistakes and…lemonade? No, we’re not talking about these adorable things.

It’s been nearly two years since Liverpool indie rockers The Wombats headlined a gig in Glasgow, so it was only fitting they started their latest tour here.

The show at the O2 Academy kicks off the tour of their latest album, Beautiful People Will Ruin Your Life, which was released in 2018.

Despite some technical keyboard difficulties causing a setlist rejig, the show went off without a hitch kicking off with new album hit, Cheetah Tongue.

In true Wombats style there was plenty of songs about heartbreak and mistakes, and maybe even some in the audience.

After the crowd was transported back in time to 1996, Dan and Tord stopped playing and Matt took to the mic to make an announcement.

The crowd went silent and he asked if there was a Callum Jenkings in the room. Callum had written to the band explaining that he wanted to ask his girlfriend a special question at the gig. The awkward part was no one spoke up.

We’re still wondering who Callum is and if she said yes.

After a few minutes the band kicked things back off with a song that was appropriate either way: Give Me a Try. 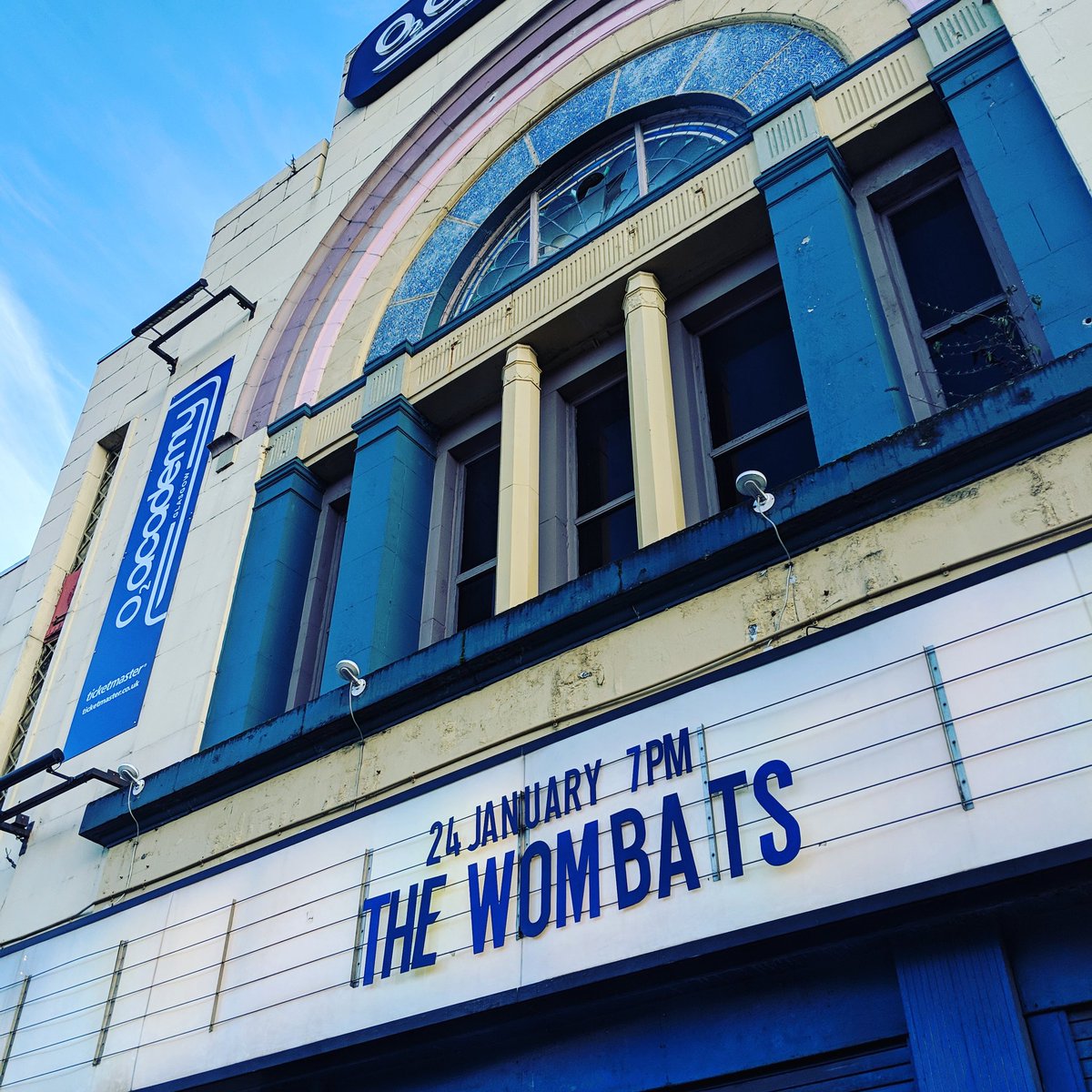 There were plenty of golden oldies in the setlist for fans that have been around since their first Glasgow gig at King Tuts around 12 years ago. And of course dancing wombats on stage (not real ones, promise).

Kill the Director, Jump Into the Fog and of course Techno Fan got a play along with plenty of tracks from Beautiful People Will Ruin Your Life.

Before leading into Pink Lemonade, Matt explained the story behind the song. He went to Barcelona for a writing trip and ended up convincing himself his girlfriend was cheating on him back in London. She wasn’t.

As expected on any Wombats tour, giant balloons were released into the audience mostly ending up stuck on top of speakers or hitting Matt in the face as he sang.

Matt took things down a notch to kick off the encore with an acoustic version of Lethal Combination before ending the gig with Turn and Greek Tragedy.

If you aren’t making it along to the tour, don’t worry. We’ve got you covered with the full, slightly muddled, setlist from last night:

Cheetah Tongue
Jump Into the Fog
White Eyes
Black Flamingo
Lemon to a Knife Fight
Moving to New York
Ice Cream
Pink Lemonade
Bee-Sting
Emoticons
Kill the Director
1996
Give Me a Try
Your Body Is a Weapon
Tokyo (Vampires & Wolves)
I Don’t Know Why I Like You but I Do
Techno Fan
Let’s Dance to Joy Division
Lethal Combination
Turn
Greek Tragedy
Are you following Source on Instagram and Twitter? Make sure you do for all the latest updates.