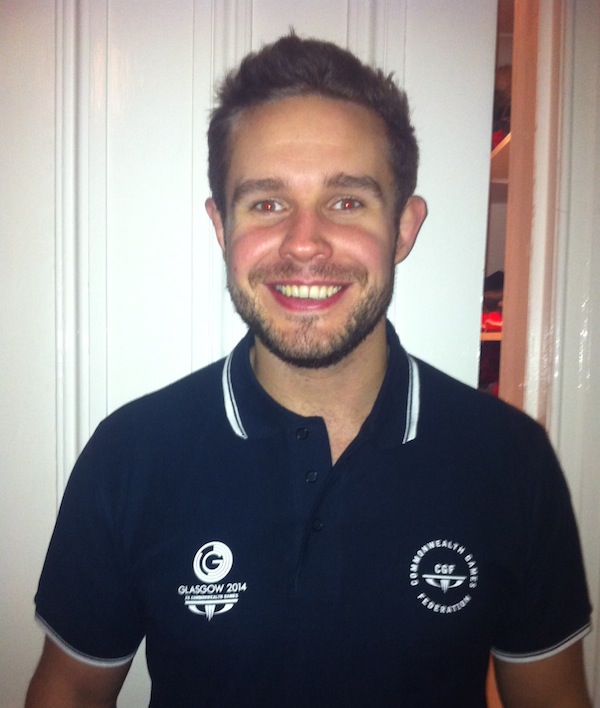 Hannah Thomson speaks with one young graduate working behind the scenes at Glasgow 2014.

With just 174 days to go until the Commonwealth Games, Glasgow’s already gearing up for what is set to be one of the most memorable events in Scottish history.

Around 2.3 million tickets were requested for the Games with only one million made available last year. The team at Glasgow 2014 have been so impressed by the response that they have given 5,000 tickets away for various events to the individuals and groups who have been involved along the way.

The Games’ organisers have also been overwhelmed by the 50,811 volunteer recruitment campaign applicants for the 15,000 available places.

Of course, volunteers and spectators are just part of the fun – the Games have created lots of job opportunities too.

Sam Spittle, a graduate of physiology and sports science at Glasgow University, has recently been employed as a Rugby Sevens Competition Co-ordinator for the Games.

“I found out about the job through our university lecturers who had been contacted by Glasgow 2014,” Sam explains. “The job was targeted at all graduates with a background in sport science or studies across the whole of Scotland as part of the Commonwealth Games legacy.

“The [application] process was challenging! After being successfully notified that I had made it through this initial process, I was invited to a formal interview at Commonwealth House. A total of 20 applicants were led into a board room and were briefed by the recruitment team on the format of the interview – imagine a scene similar to The Apprentice.

“Firstly, we had a one-to-one interview with a sport competition manager. They asked us basic competency questions and tested our knowledge of the Games, giving us a chance to portray our enthusiasm for the role, and in turn giving them a taste of our personality. Secondly, we had a group-based scenario where we were assessed on how we interacted with one another while undertaking a challenging task. The final stage to this whole process was a very friendly voice over the phone telling us that we had been successfully appointed our positions.”

A job behind the scenes at the Commonwealth Games is a dream for any sports fan, but beside the obvious, what are the perks of being a part of the biggest sporting event to hit Scotland?

“Getting to look around some of the great venues and occasionally getting the chance to speak to top athletes,” Sam says. “Recently, I bumped into Commonwealth silver medallist weightlifter Peter Kirkbride.”

Rugby fan Sam is hugely excited about his new role. While rugby sevens won’t make its Olympic debut until Rio de Janeiro in 2016, the majority of the top Rugby Sevens nations in the world will be coming to Glasgow for the Games.

“I can’t wait to see the first try of the rugby sevens tournament knowing that all the hard work, sweat and probable tears will all have paid off,” he says. “I am also looking forward to the amazing buzz around the city and knowing that I have been part of making the Commonwealth Games a success.”

Sam’s favourite part of the job so far? “It’s definitely sifting through the hundreds of volunteer applications and getting the best people to be the face of the Games,” he says. “This started with several briefings to the potential candidates, spreading the excitement of the Games. We are currently awaiting confirmation from several offers we have sent out knowing that every acceptance is building for a great summer in Glasgow.”

Celtic Park has been chosen to host the opening ceremony for the Games and the tickets are almost sold out. It is here that the Queen’s Baton Relay will end its mammoth journey after visiting 71 nations and territories.

The Olympic Games in London two years ago saw 54 Scottish athletes selected as part of team GB out of 541. Sam told me how important he thinks it is for Scotland to show off their sporting talent:  “It’s majorly important, because off the back of the London Olympics a lot of great athletes were overlooked purely because there were not spaces available to compete. This gives Scottish athletes a chance to showcase their talents to a worldwide audience whilst wearing their national badge.”

Want to be a part of the action like Sam? For more information on job opportunities with Glasgow 2014, head to www.glasgow2014.com/jobs

Hannah is in the final year of her degree in multimedia journalism.