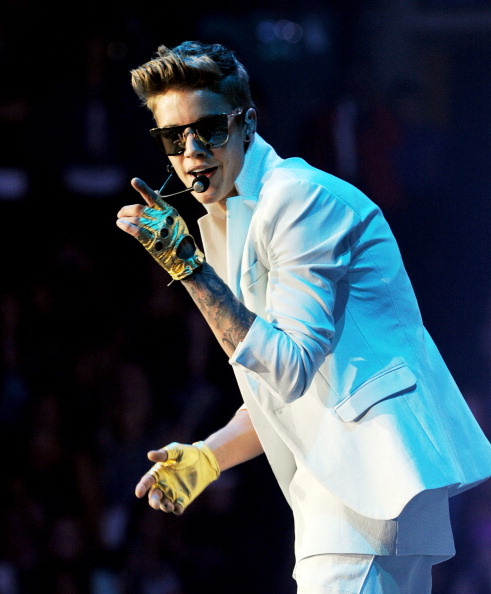 Let’s not beat about the bush – Justin Bieber has had a proper shocker of a year. The once angelic teen singer’s life seems to have been one big run-in with the law over the last few weeks, thanks to very public arrests and allegations of drink, drugs and fast cars.

It’s just the latest in a series of disastrous events in the life of the young Canadian star. There was the monkey. The gas mask. Spitting on fans. Graffiti. Turning up late for his own concert… Baby, baby, baby – no.

Some might argue that it was inevitable – another teen sensation goes off the rails! He was destined for it! And while that might be true, the fact remains that a young man is in trouble – and he hasn’t got to this point on his own.

The issue isn’t baby-faced Biebs’ brattish behaviour. He’s quite clearly got a problem or two in his personal life that needs sorting out pronto – but the pressures, demands and by-products of fame at a young age just won’t let him.

Everyone has problems, even us non-famouses. Ours aren’t quite on the same scale as having to leave our new pet monkey in Germany or getting done for drag racing in Miami, but a problem’s a problem – and it’s massively important to get help. Justin has the added complication of living in the public eye. Everywhere he goes, the paparazzi follow. If you think of all the stupid things you’ve done in life (and we can think of about six stupid things we’ve done in the last month), then try imagine the whole world – yes, even your gran – knowing about it… Is it any wonder he’s going off the rails?

We’ve seen it before. Remember when pop princess Britney Spears shaved her head? When Lindsay Lohan went to jail? When Zac Efron checked into rehab last year? Hollywood’s a scary place and the pressures of fame can have devastating consequences – and it seems that those who get famous really quickly at a young age suffer most.

Is Justin blameless? Well, he’s not helping himself. He could rethink his friends, he could say no, he could spend more time with family and friends who trust him and keep him grounded. He could even try exhibiting a little humility and some good manners. But, at 19 years old, he’s seen a heck of a lot more than most of us. He’s got loads of money, loads of power and, in the world of celebrity, bad influences are always eager to cash in on these things. None of his so-called friends are helping him.

Justin’s toured the globe, his face is on the walls of teenage girls’ bedrooms everywhere, he’s sold millions of records – like so many pop stars, he, and the people around him, think he’s untouchable. But if the last year’s taught us anything, it’s that he’s not. And he needs to take a step back and sort his head out before the fame gets too much. With so many young fans worldwide, he owes it to them.

So give Justin a break. Sure, he’s a pest. His music isn’t the best. And he isn’t doing himself any favours by behaving the way he is. But if we – and the press – back off, he might be able to sort his life out before it’s too late.