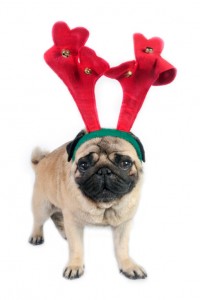 On Saturday, I found myself in an unusual situation. The situation being that I was sitting at my desk, writing up the words you are about to read.

The situation was unusual because my Saturdays tend to be much livelier. And by livelier, I mean living it up with The X Factor gang before going to bed at a very reasonable hour. However, when I turned on the TV and hit ‘3’ on the remote, I had to shut it off. It was the break between programmes and the Coca-Cola Christmas advert was playing, despite the fact that it’s only November.

When I was young, the Coca-Cola advert was the ultimate factor in determining whether or not it was time for Christmas. It began airing no earlier than December, and gave everyone that magical Christmassy feeling. Simultaneously, the city Christmas lights would be switched on, and the Christmas tree was hauled from the attic and dusted off. And as I got older, coffee being handed over in red cups and the hunt for the perfect dress for my staff party were added signs that it was soon to be Christmas. The idea of any of the above occurring before month number twelve was ludicrous.

This year, however, Christmas has been around the corner since September. Before witches’ hats and pumpkins sat on on the shelves, advent calendars were out in force. And before Guy Fawkes had even turned to ash, Starbucks was asking if I cared to try their special Christmas blend.

Now, despite the impression I’m giving, I’m not actually Scrooge. In fact, I’m super excited about Christmas. Having spent the last two festive seasons living abroad, in a country that doesn’t rejoice over this wonderful time, tucking into mince pies and hanging up the stocking while my dad blares Springsteen’s version of Santa Claus is Coming to Town on Christmas eve is going to be somewhat of a big deal. And the reason it’s a big deal is because it happens once a year for a limited time. However, if things continue to reel out in this fashion, we’ll be rocking around the Christmas tree in August.

Imagine Halloween stretched out past the week we pay homage to it? Or we wore our poppies for three months at a time?  It just wouldn’t have the same effect and these special times of year wouldn’t feel as special. So guys, let’s conserve Christmas and save it for exclusive use in December. That gives us thirty-one days to dance to The Pogues, bust out Love Actually and spread lots of lovely Christmas cheer – remember to sing loud for all to hear!

Season’s greetings! (When the season arrives, of course…)