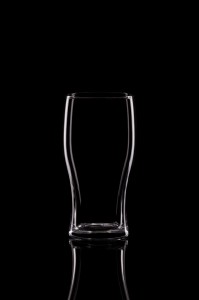 It started in Australia, when one man downed a pint and then nominated his friends to do the same. Since then, it’s spiralled and become a sensation throughout the UK. Everyone has either taken part in a NekNomination or knows someone who has. However, since it’s modest beginnings, it has spiralled and led to people carrying out increasingly dangerous tasks.

Typing “worst neknominations” into Google brings up some worrying results: a woman getting naked in the middle of a supermarket; a man downing a pint that has live goldfish in it; a man grinding up a cigarette to pour into his pint; another man mixing together a deadly cocktail in his pint glass of everything in his mum’s medicine cupboard.

The NHS recommends that women should only drink two to three units of alcohol a day – the equivalent of a 175ml glass of wine. Men should only drink three to four units, which is a pint of strong lager, beer or cider. Some NekNominations have seen people downing pints of pure spirits for the sake of a two-minute video, and putting themselves at serious risk. The list of the effects of drinking too much goes on and on: liver problems, fertility issues, high blood pressure, greater risk of cancer and heart attacks.

Even worse than this, the desire to outdo each other’s NekNominations has led to several deaths – even in the UK and Ireland. 20-year-old Isaac Richardson from Essex died after mixing together wine, whisky, vodka and lager for his NekNomination. Irish 19-year-old Jonny Byrne died after downing a pint and then jumping into a river. Those who are nominated are faced with a wall of peer pressure – you have to be a man and down as much alcohol as you can stomach (even then, many people are sick) and you can’t be a spoilsport and break the chain. While some people are strong enough to refuse to take part, many feel bullied into it and don’t see a way out.

While trying to discover why people have fallen for this craze, I found a video on YouTube that restored my faith. It is called “A South African NekNomination” (watch it below. It shows a man in South Africa using his nomination to make a difference. He highlights the plight of many in his country, while giving someone some food, a bottle of Coke and a chocolate bar. He then nominates his friends to do the same.

After finding this I stumbled on to a whole campaign the has stemmed from the NekNomination craze – RakNomination. This is a Random Act of Kindness nomination. Instead of downing a drink, you could give money to a homeless person. Buy someone’s food shopping for them. Or even drop a Creme Egg through someone’s letterbox. People have also chosen to donate pints of blood instead of drinking a pint of alcohol.

NekNomination has caused a great deal of distress for the families and friends of people whose experiences have gone tragically wrong but has also proven the power of the internet. If a drinking craze can take off as much as it has, then maybe the RakNominations can do the same, all the while encouraging people to help out those they would perhaps ignore otherwise.