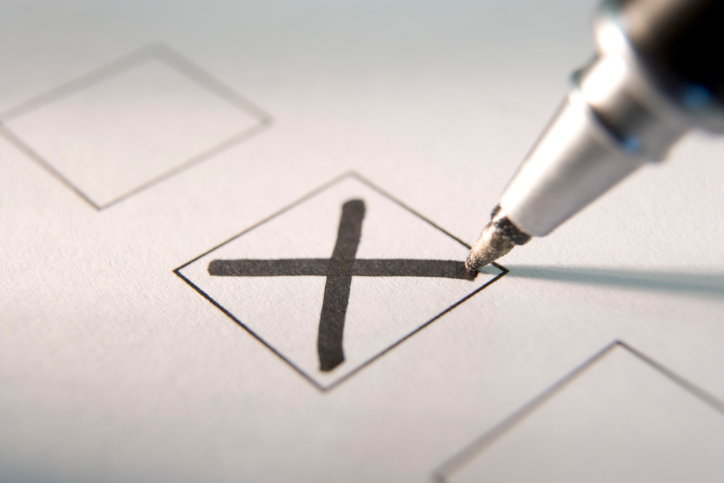 The General Election is just around the corner (on Thursday 7 May!) and it is time to get involved and make sure your voice is heard.

The younger generation has fallen under the stereotype that they are uninterested and generally politically lazy, however this is not true and more and more young people are getting politically active and taking an interest in the future of their country.

More than 6,000 18 to 24-year-olds proved the stereotype wrong as they took part in a ComRes survey for BBC Radio 1’s Newsbeat to show how politically active they are and what the most important issues are for them.

This survey showed that the majority of young adults thought that housing and lowering the costs of everyday living were some of the top priorities that the government should focus on. The results showed that, in comparison to older people, the younger generation are more concerned with education, making the welfare system fairer and reducing crime and anti-social behaviour.

To see for ourselves, we talked to some young people interested in politics and discovered that they also thought of education as a top priority.

Teaching student, Kirsty, 20 said, “Education is important, as well as education within the work place. That and the upkeep of the NHS are the biggest issues.”

Agreeing that education is important is 19-year-old Kate: “Tuition fees are an important issue; everyone has a right to a free education. Poverty is also another big issue in the UK and I think the national minimum wage should be raised to try and help cut down on poverty.”

Despite there being many eager young people raring to go when the election comes around, there are still some holding back, who are unsure if they are actually going to vote.

The ComRes survey revealed that 15% of 18-24-year-olds are not planning to vote, numerous of them saying it was because they did not know enough about the running candidates. Another popular reason for not voting was that they were unsure of what party to trust with their vote.

This is all understandable, knowing who to vote for and politics as a whole can be confusing especially if you don’t normally keep up to date with current affairs. However, it does not take away the importance of having your say, especially since voting is so simple.

Nowadays, registering to vote could not be easier – as long as you’re over 18 and a British citizen, you can participate in the upcoming General Eleciton. All you have to do is go online to www.gov.uk/register-to-vote and follow the easy steps and that’s you ready to get involved. Alternatively, you could always download a voter registration form (www.gov.uk/government/publications/voter-registration-forms-paper-versions) and send it back to your local voter registration office. Either way, it is super quick and easy to do. The deadline to register is April 20, so it is best to hurry and register before it is too late – and you cannot vote unless you are registered, so get in there before it’s too late.

Unsure if you are already registered or not? All you have to do in that situation is call up your local electoral registration office and they will check for you.

If the very mention of politics is enough to put you to sleep, it is easy to understand why you are not excited about the prospect of voting, especially when most of what we see of politics is middle-aged men in suits fighting in Parliament. But it does make a difference, so here are some of the reasons we think you should give it a go and vote…

To Have Your Say

Getting your voice heard is vital and it is important that young people feel like their opinions are listened to and wanted.

Young people are generally underrepresented when it comes to politics, as the majority of voters are older. This means that if the younger generation don’t vote, their opinions won’t seem as important, furthering their lack of representation.

Voting for what you think is right increases the chance of change in your country.

Take Control of Your Future

If you don’t vote, a party whose views you don’t agree with could win and end up making decisions that affect your life. Every vote counts and your vote could change the end result.

Find out more about the upcoming election and how to register your vote at www.aboutmyvote.co.uk.