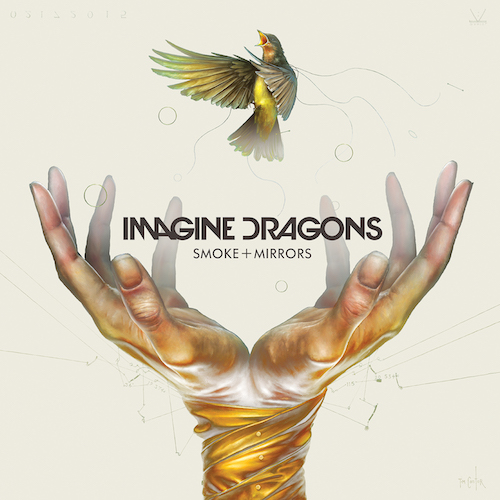 Smoke + Mirrors is the follow up to Imagine Dragon’s breakthrough debut Night Visions. Fans have patiently waiting for the sequel to the 2012 smash and it’s certainly proved worthy of the wait.

The quartet, based in Vegas, are reminiscent of Coldplay or The Killers (with a touch of U2) but project a sound that’s totally their own. Album opener ‘Shots’ is definitely one of the standouts of the record and is already a shoe-in for a 2015 summer anthem. Other highlights include ‘Gold’, ‘It Comes Back To You’ and ‘I’m So Sorry’, all of which carry the hallmark anthemic and rousing choruses of an Imagine Dragons hit.

In amongst the good tracks, though, there are some that aren’t up to scratch – the Mumford and Sons-esque ‘I Bet My Life’ and ‘Trouble’ for example. While not horrible to listen to, they are in danger of sounding too try-hard and definitely aren’t the best.

The album’s unique sound is mostly due to the melting pot of genres on offer; rock, alternative-pop, blues and folk, but it’s also interesting to note that the LP was produced by Alex da Kid who has previously worked with Eminem and Nicki Minaj. Not your typical go-to producer for rock bands.

Though there are hits and misses, the risk seems to have payed off overall. Even when it sounds like it’s going into strange territories, the album’s great production and lead singer Dan Reynold’s impressive vocals pull it back to real-life. A boring listen this isn’t.