Storm Huntley is usually found Down on The Farm with JLS’s JB Gill or taking calls on Channel 5’s The Wright Stuff, but how did this economics graduate become a telly star?

We spoke to Storm about the joys of getting your hair and make-up done and the difficulties of milking stubborn goats. 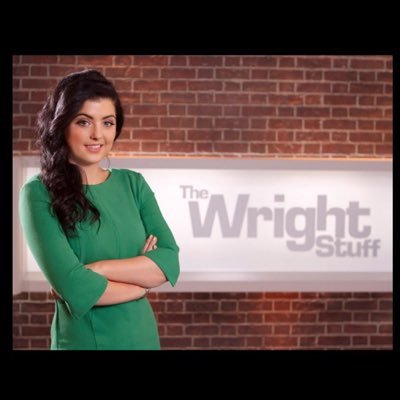 Storm Huntley on The Wright Stuff

You’re a TV presenter on CBBC’s Down on The Farm and on The Wright Stuff – how did you land those very different jobs?

You are absolutely right these two jobs could not be any more different.  I got the job co-presenting Down on the Farm with JB first. I was working as the weather presenter on STV Glasgow when CBeebies approached me to do the pilot for the show. Down on the Farm is filmed seasonally, so I had time to do something else in between.

When I moved down to London last year, The Wright Stuff was the first screen test I had. I loved watch The Wright Stuff when I was a student, so I was over the moon when they offered me the position on the show.

What does your day-to-day job entail on both shows?

Down on the Farm and The Wright Stuff are very different, however both are a pretty early starts: my alarm goes off at 5.30 most mornings.

My first job of the day for The Wright Stuff is to go into hair and make-up (it’s a tough job but someone has to do it), then I pre-record the break bumps (these are the questions and answers that sit either side of the ad breaks) before the show starts.

Once the show begins, my job is to feed the calls through to the presenter, Matthew Wright, for each debate, as well as read some of the viewers’ messages at the end of the show.  My last job of the day is to take part in a planning meeting which happens every day. The Wright Stuff is a live show which means no retakes. 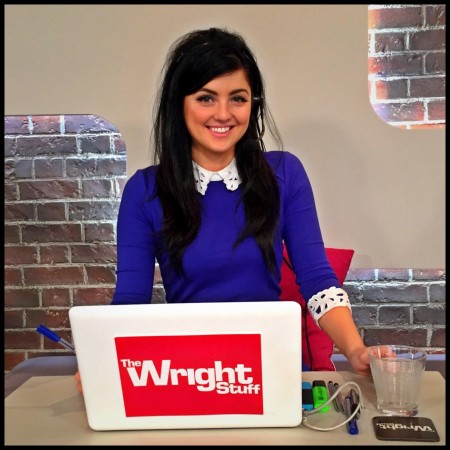 When we are filming a season of Down on The Farm the first job of the day, after throwing on a pair of wellies, is trying to find the farm in question, which can be harder than you might think!

Once we arrive on location, we will meet the family or farmer that will be showing us around and then the hard/fun work starts.

Down on the Farm is a pre-recorded programme which means sometimes we do things a few times to make sure we get it just right. This can mean longer days for the whole team. I love filming Down on The Farm because I get the opportunity to help out and try lots of new things. They say never work with animals or children but I have such a great time working with both. 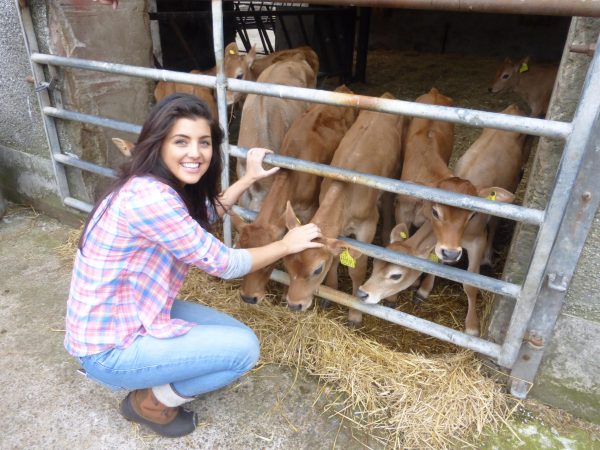 Did you always want to be a TV presenter? What route did you take to get there?

My career has been anything but linear. I have ping-ponged my way to where I am now.

When I left school I studied economics and politics at the University of Glasgow. During my undergraduate, I got involved with hospital and student radio. In the summer after graduation I helped set up a radio station in West London, after which I went on to complete a postgraduate in broadcast journalism.

I then spent a year working as a runner for various companies for free (still to this day my Mum refers to this period as my “gap year”). Eventually I started working in the BBC newsroom behind the scene for a few years. While I was at the BBC, I completed an online course learning about weather and meteorology with the Open University before I helped launch STV Glasgow as one of their presenters. 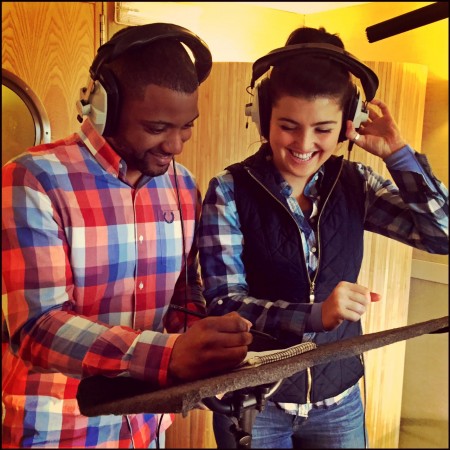 What do you love about your job?

The best thing about my job is getting to meet some of the most interesting people on the planet every single day. There isn’t a day goes by that I don’t learn something new!

I have also had some of the most amazing experiences presenting, from filming in Jamaica and Brazil, snorkelling in the Sound of Mull, horse logging and attempting goat herding.

What is the worst part of it?

There really isn’t a bad part of my job. You are up early and the hours can be very long (a 14-hour day is not unheard of) but what they say is true, if you love your job you’ll never work a day in your life.

What are the common misconceptions about being a TV presenter?

I think most people think being a presenter is ultra glamorous, but as well as having some fabulous experiences, I have also found myself in some challenging conditions: from attempting a piece to camera in heavy winds and torrential rain or having to milk an unaccommodating goat.

Also, if you want to be a presenter you can say good bye to the idea of a lie-in! They simply don’t exist with a career in media! 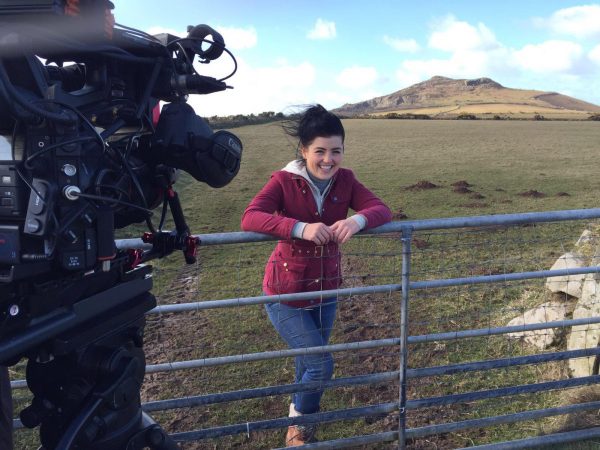 What do you hope to do in future, where do you go from here?

I absolutely love what I’m doing at the moment – I’d like to continue to have as much variety in my career as I do now. I’d love to do more factual entertainment for kids as well as getting back into radio.

What advice would you give budding presenters out there?

My advice to anyone thinking about a career as a presenter would be to really think about what type of presenting they would like to do and get as much experience as they can in that field.

At the beginning of any career you are just looking for a foot in the door, so no job should be too big or too small for you. Always remember you are part of a team.

You can see Storm on CBBC’s Down On The Farm or on The Wright Stuff. Interested in a career in broadcast journalism? Why not visit :The UCAS Broadcast Journalism site.